For the average American driver, following the rules of the road is an assumed responsibility when operating their motor vehicle. However, tailgating is a negligent driving behavior that can cause serious injuries and have serious implications for personal injury litigation in the event of an accident. There are numerous reasons why a driver tailgates another vehicle, and there are even more potential injuries that can result from rear end collisions due to tailgating.

After a brief review of the definitions and statistics surrounding tailgating, this article aims to provide readers with information on how accident victims can recover compensation for injuries they have suffered due to another driver’s negligent tailgating behavior.

According to data reported by the insurance company resource website Insurify, about 14 out of every 10,000 drivers have a prior citation for tailgating.  In addition, approximately one third of all auto accidents are rear-end accidents. There is no one particular region of the United States that is especially impacted by rear-end crashes, with each state accounting for a relatively similar proportion of accidents logged as rear-end collisions. 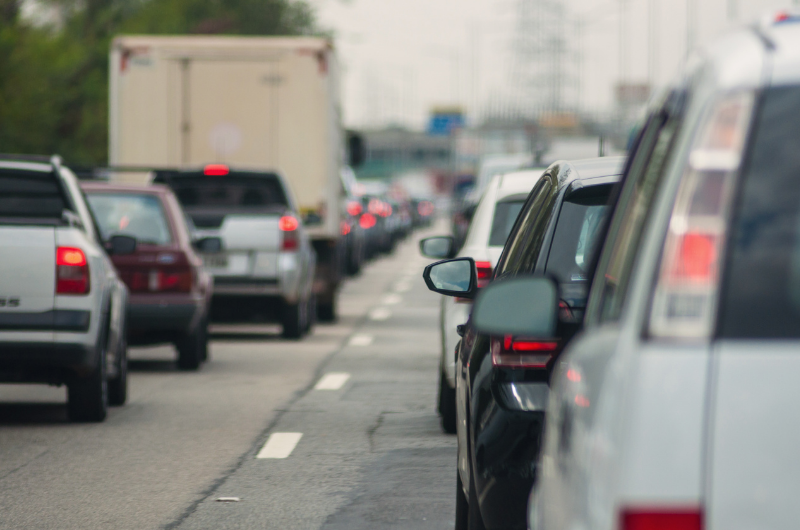 Although every driver may have their own preconceived notion of what it means to tailgate, the specifics of state laws differ to a certain degree. Officially referred to as “following too closely” in many states including Illinois, tailgating often encompasses either driving behind another vehicle more closely than is “reasonable and prudent” given the current driving conditions or failing to leave enough space between the front of your vehicle so that another vehicle can enter the space safely.

When either of these scenarios occurs, the risk for injury due to an accident increases significantly. In the next section, common causes of tailgating accidents will be presented in greater detail.

When it comes to the type of car accidents involving tailgating and following too closely, the tailing driver’s negligence is often the primary culprit. This negligence can manifest in many different ways with respect to tailgating. Common causes of rear-end collisions include:

Often, multiple risk factors for tailgating operate in tandem in a given situation. In a rear end car crash, it can result in a number of different types of injuries to victims. A review of some of the most common rear end collision injuries will be covered in the following section.

Car accident cases that result from rear end collisions often cause severe injuries to drivers. The nature of the injuries incurred is dependent on a multitude of factors including the speed of the vehicle and the relative size of both vehicles involved in the accident. Common car accident injuries reported after a rear end tailgating collision include:

In many instances, more than one type of personal injury is incurred by a driver and any passengers that become the victim of a rear end collision due to tailgating. In order for accident victims and their car accident lawyer to be successful in litigation, it must be evident that the tailgater was behaving in a negligent manner. The role of negligence and how personal injury attorneys prove negligence will be covered in the following section.

When a driver suffers personal injury as a result of a rear end collision due to tailgating, they are likely going to want to understand their options for pursuing legal action in order to recover compensation for any damages caused by the at fault driver.

To successfully recover compensation, a plaintiff and their personal injury lawyer must be able to prove to the courts that the tailgating driver was acting in a negligent manner in the events leading to the accident. For example, if the other motorist was caught on a rear-facing dashboard camera in the moments before the collision, the plaintiff’s car accident attorney can use this as strong evidence that tailgating was the primary cause of the accident and subsequent injuries.

When someone is involved in a rear end collision, it can be a traumatic and disorienting experience. Pursuing litigation for damages can be next to impossible without the support of experienced local personal injury attorneys.

For years, the attorneys at the law firm of Palermo Law Group have been helping car accident victims in Oak Brook and throughout Chicagoland as they navigate the process of recovering compensation for injuries incurred due to another driver’s negligence. Contact Palermo Law Group today for a free consultation.