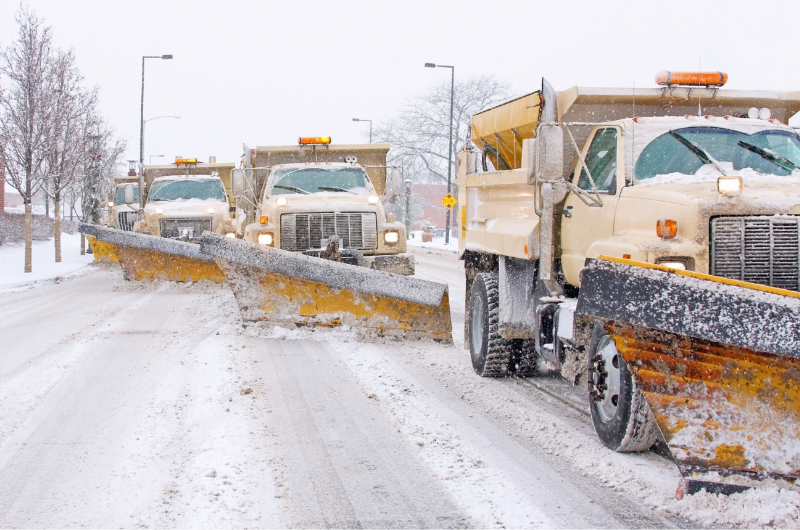 After the consistent snowfall the Chicago area has received in the last few weeks and the most recent winter storm, snow plow operators have been working overtime to clear the roads for drivers. While clearing snow undoubtedly makes the roads safer, snow plow accidents do happen sometimes and they pose a significant risk to the drivers involved. These vehicles weigh thousands of pounds and typically travel at 35 mph, so they can do a lot of damage to other vehicles, bikers, and pedestrians.

Snow plows are on the road during some of the most dangerous times, so they have the extra challenge of navigating with low visibility and icy roadsNBC recently reported that the City of Chicago alone had deployed at least 200 snow plows in preparation for the weekend storm. And just the other week, a snow plow collided with a pickup truck in Arlington Heights. If you want to see the risks for yourself, the internet has no shortage of dashcam footage that shows just how catastrophic snow plow accidents can be. So what typically causes these accidents and what can you do if you are the victim of a snow plow crash?

How to avoid crashing with a snow plow

The best advice is to approach a snow plow with the same caution as you would a large truck on the highway. Due to the size and weight of the trucks, truck drivers don’t have the same stopping time as a smaller vehicle, so you have to account for that delay.

Snow plows make the road a safer place to drive, but other drivers on the road should know how to be safe around them. Don’t make the mistake of attempting to overtake a snow plow and don’t drive recklessly around them. Proper awareness of the caution needed around snow plows can significantly decrease the likelihood of a collision.

However, there are some occasions when the snow plow operator may be at fault. So what do you do if you or a loved one is injured by the negligence of a snow plow driver?

What are your rights if you’re in a snow plow accident?

Especially in the case that the accident resulted in medical bills, lost wages, or pain and suffering, you have a fair chance at receiving compensation. Even if you are found partially at fault, it could still be possible to be compensated. In some states, being found partially at fault doesn’t allow you to claim damages. In Illinois however, Comparative Negligence Law protects drivers from that outcome. The amount of damages you can receive depends on your percentage of fault.

Following a crash involving a snow plow truck, it could be difficult to determine what to do next. A dedicated attorney that values the attorney-client relationship could help make the process easier for you or a family member. They could guide the injured party through each step of the legal process. An Illinois truck accident attorney can handle the legal portions of your claim while you focus on getting your life back on track. They can work to protect your case from aggressive insurance companies, gather evidence, and represent your interests in court.

Schedule a free consultation today with experienced truck accident attorney Mario Palermo and the law firm of Palermo Law Group at (630)684-2332 to determine your legal options.