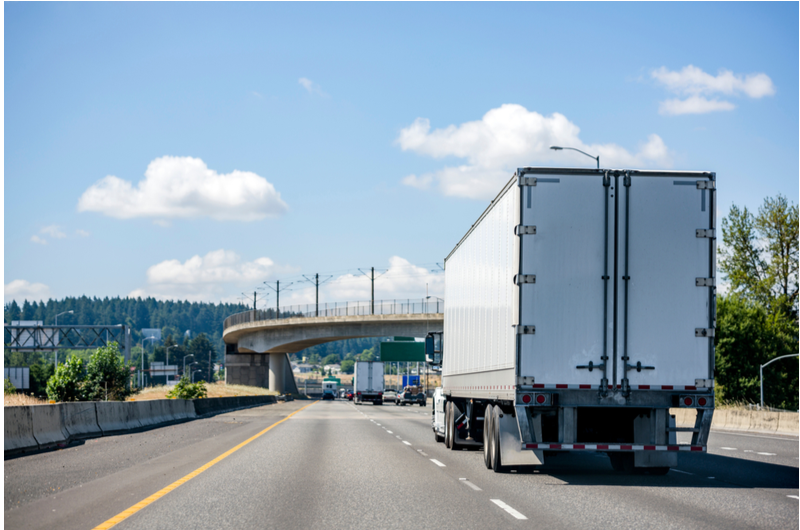 The Semi Truck Blind Spots that Cause Most Accidents

When accidents occur between a passenger vehicle and a semi-truck, there is a strong likelihood that the driver of the smaller vehicle will incur serious personal injury as a result. Commercial truck drivers require a specific set of skills to operate safely due to their vehicle’s large size. In addition, semi truck blind spots are much larger and more difficult to account for compared to smaller vehicles.

After a review of some recent data on truck crashes and injuries, this article aims to provide readers with some basic information on common blind spots present on semi-trucks and how they contribute to accidents on the road.

In the United States, the Federal Motor Carrier Safety Administration (FMCSA) maintains annual data on the number of accidents and fatalities involving semi-trucks. In 2019, 5, 237 large trucks and buses were involved in fatal accidents, representing a two percent increase from the previous year. In addition, between 2009 and 2019 there was a 47% increase in the number of fatal crashes involving large trucks and buses.

As the reader can see from the data collected by the FMCSA, crashes involving large trucks are a significant cause for concern. The risks of fatality, personal injury, and/or property damage are ever present when passenger vehicles share the roads with large transport vehicles such as semi-trucks.

One of the most essential elements taught in any driver’s education course is how to understand and manage blind spots while driving and how to avoid semi-truck blind spot accidents. Blind spots are areas surrounding a vehicle that a driver cannot see due to visuospatial limitations. Passenger vehicles have the benefit of both sideview and rearview mirrors. Semi-trucks only have sideview mirrors and are a lot longer.

Due to their size and structure, semi-trucks and their drivers face unique and significant challenges with regards to blind spots on these vehicles compared to ordinary passenger vehicles. Without a proper understanding of these blind spots and how to maneuver with them in mind, truck drivers are at risk of causing traffic accidents that can cause significant injury to other drivers of smaller vehicles.

Another large blind spot that semi-truck drivers must deal with lies directly behind the truck’s trailer, extending for a length of approximately 30 feet. The longer the truck’s trailer, the more comprehensive the blind spot coverage will be. This blind spot can inhibit the trucker from being able to see any person or object that attempts to maneuver behind the truck as it is backing up or otherwise maneuvering. Therefore, drivers and pedestrians should always avoid tailgating a truck.

A third blind spot present on semi-trucks lies along the right side of the truck, as well as the left side, extending backward at a diagonal where the side mirrors don’t provide visibility. These blind spots are often a major source of stress for truck drivers, as they cannot always spot cars traveling alongside them while at high speeds on highways or other roadways.  To reduce the risk of serious accidents, drivers should take every precaution to provide sufficient warning before changing lanes while also being constantly cognizant of incoming and passing traffic on each side of their vehicle. It is also imperative for drivers of passenger vehicles to be aware of their positioning relative to a semi-truck while passing or otherwise engaging with these vehicles on the road.

A fourth common blind spot for semi-trucks is directly below and behind the driver’s side window. Any person or object that stands directly underneath this window is effectively invisible to the driver, which can present a critical risk of personal injury if not accounted for.

Why Semi-Trucks Have Larger Blind Spots 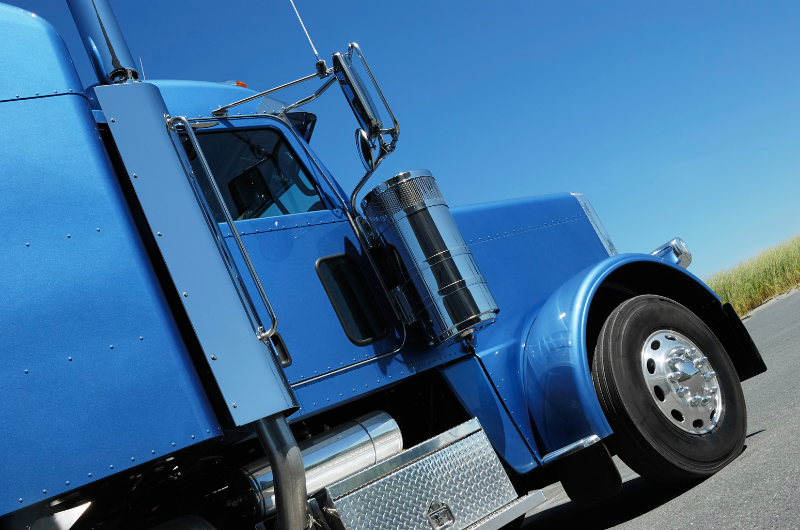 As mentioned previously, semi-trucks have much larger blind spots compared to the average sedan, SUV, or other passenger vehicle. One reason for this is that semi-trucks lack rear-view mirrors. Without a rear-view mirror, a truck driver cannot see a wide area directly behind them.

Semi-trucks are also much taller than cars, which makes it more difficult for drivers to see what is around them. Although truck drivers may be able to see farther into the distance due to the height of their cabins, this comes at the expense of being able to see what is immediately around their vehicle.

Semi-trucks have an average length of 70 to 80 feet long, with triple trailer trucks reaching lengths of over 100 feet. This length equates to much larger blind spots compared to passenger vehicles.

Blind spots contribute to accidents between semi-trucks and passenger vehicles in a number of ways. One common cause of accidents occurs when vehicles are following each other too closely, whether in front or behind a semi-truck. Semi-trucks need a much longer stretch of road in which to slow down, meaning a passenger vehicle that stops abruptly in front of a semi-truck may not be able to avoid being hit from the rear. On a similar note, cars that follow too closely behind a semi may not be ready to brake at the same frequency that truck drivers do, leading to a collision.

Truck driver fatigue is another common cause of accidents. Fatigue can lead truck drivers to make careless mistakes including not completely assessing their blind spots for signs of danger.  Truck drivers are expected to sit for prolonged periods of time, often at hours of the day that do not align with their normal sleep schedules. This can cause impaired judgment, leading to accidents on the road.

Sudden lane changes constitute another common cause of accidents between semi-truck drivers and passenger vehicles. When either party commits a sudden lane change, it can cause a change reaction of reflexive maneuvers that can cause drivers to lose control of their vehicle. Truck drivers should take prolonged precaution to ensure there is not a vehicle in their blind spots before executing a lane change.

Finally, distracted driving can cause accidents between semi-trucks and motor vehicles. When a truck driver is distracted by their phone or something else, it can lead to absent-minded decision making that rarely includes due attention to the truck’s blind spots.

When to Pursue Litigation

When the driver of a passenger car is involved in an accident with a semi-truck and suffers personal injury as a result, they are likely going to want to understand their options for pursuing legal action in order to recover compensation for any damages incurred as a result of the accident.

To successfully recover compensation, a plaintiff and their legal team must be able to prove to the courts that the semi-truck driver was acting in a negligent manner in the events leading to the accident. For example, if the driver was not properly checking their blind spots in the moments leading to crash, this can likely be considered negligent behavior and therefore the driver and/or their company may be liable for compensating the injured victim.

To improve accountability and reduce liability from false claims, many trucking companies equip the cabins of their vehicles with two-way dashboard cameras (i.e. dash cams). These cameras can be used as evidence to determine whether or not the driver was being negligent. In addition, drivers of passenger vehicles may consider purchasing a dash cam of their own, especially if they frequently share the road with a high number of semi-trucks. In the event of an accident, the evidence gained from these devices can help courts quickly determine fault.

For years, the truck accident attorneys at the law firm of Palermo Law Group have been helping accident victims in Oak Brook and throughout Chicagoland as they navigate the litigation process. If you or a loved one has suffered a blind spot accident with a semi truck, Contact Palermo Law Group today for a free consultation and legal advice into your case.