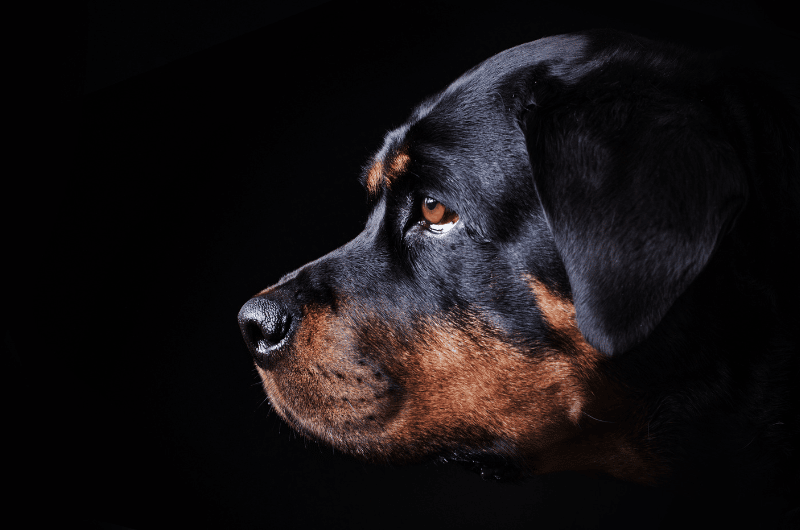 Rottweiler Bites: What You Need To Know

Rottweilers have a history of being known for their loyalty and protection in all situations. However, this temperament can cause personal injury if the owner is not careful. As experienced dog bite attorneys, we have seen and understand the severe impact that these attacks can have on an individual and their family members. Continue reading to learn more about Rottweiler bites, personal injury litigation, and more.

History and Origins of the Rottweiler Breed

According to the American Kennel Club (AKC), Rottweiler dogs can be traced back to the Roman Empire. The Rottweiler's mastiff ancestors were used to herd cattle dogs and help the Roman armies travel long distances. The intermingling of various breeds resulted in what we now call the Rottweiler.

The Rottweiler's use as a cattle and herding breed declined with the advent of technology in the 1800s. Their utility was still evident in their work as guard dogs and police dogs. Rottweilers were the first guide dogs for blind people. In recent years, this breed has been used to search and rescue at disaster scenes such as the Oklahoma City bombing or the World Trade Center attacks.

Since 1901, the Rottweiler has not seen a significant change in its form or temperament. Although the Rottweiler's loyalty and protectiveness are highly valued by its owners and employers, it can sometimes lead to unintended consequences which can cause injury to innocent or reckless individuals.

While many tend to focus on bite statistics regarding more large breeds such as German Shepherds or aggressive breeds such as Pit Bulls, it’s easy to forget that there are other dogs that have concerning bite statistics as well. Dogs Bite has data that shows that between January 1, 2005, and December 31, 2017, at least 433 Americans were killed by canines. Rottweilers were second in canine fatalities, accounting for just over 10% of fatal dog attacks on humans.

One of the most significant risks involved with a Rottweiler bite and any dog bite is infection. There are many types of infections that can be contracted when a person is bitten by a dog. For example, rabies is a severe infection that can result from dog bites. It attacks the central nervous system and is rare, but not uncommon. Low-grade fevers, headaches, and fatigue are the first symptoms of rabies. The disease progresses and symptoms can become more severe. They include nausea/vomiting and anxiety, confusion, partial paralysis, and hyperactivity.

Cellulitis is another possible infection that can be caused by dog bites. Cellulitis can be contracted from Pasteurella multocida or Pasteurella mayis bacteria, which live in the mouths of many dog breeds. After a dog bite, these bacteria can cause redness, swelling, tenderness, and pus discharge. If not treated, the symptoms can quickly get worse and include inflammation of the joints, bones and tendons, fatigue and loss of sensation.

How do Rotweiller Attacks Happen?

Every dog attack is different and depends on a number of situational factors. However, there are some trends and commonalities that can be identified from cases to case. Researchers examined how dogs and humans interact with each other in a study published in The Veterinary Journal in 2015. These data show the most common interactions humans have with dogs lead to facial injury. This is largely due to the way humans tend to interact with dogs and the reactions some dogs have to human behavior. For example, leaning over a dog to pet it seems to be a common behavior that can trigger an attack.

Although people may believe that certain behaviors, such as hitting a pet dog or trimming their nails, stepping on a dog's head, pulling a dog’s tail, and hitting them as punishment are common causes of attacks, the Veterinary Journal study found that they were not linked to facial bites.

The study also found that 75% of dog bites to the face occurred to people who had previously met the dog. A significant concern was the fact that more than two-thirds (63%) of all dog bites to the face were caused by children, and 84% were young children under 12 years of age. In 43% of cases, child victims were present with their parents, and 62% of cases were in the presence of the dog's owner.

In addition to facial injuries, hands are often a common injury location for Rottweiler bites and dog bites in general. In these cases, touching a dog with your hands while eating is thought to often be the cause. Dogs are known to be territorial and protective and may perceive a person's hand touching their food as a threat. They may growl at people who approach them while they are eating to protect their food.

Dog bites to the hands can also occur when someone tries to intervene between fighting dogs. Dogs that fight with each other are in an extremely reactive psychological state. They are more likely to turn their aggression towards anyone who attempts to get between them and their opponent. A dog can inflict serious personal injury by reaching out to touch the collar of another dog or putting their hand between them.

Dog bites to the hands can also be caused by a reverse bite. This is when someone pushes their hand into a dog's jaws, causing puncture wounds and lacerations. Reverse bites may occur when a dog attacks or jumps on an individual in self-defense. If a person accidentally touches the jaws of a dog while playing with it, reverse bites may also be possible.

No matter what the reason for injury to the hand is, a dog bite should be treated right away to prevent infection. The following section contains information on how to treat Rottweiler bite wounds. 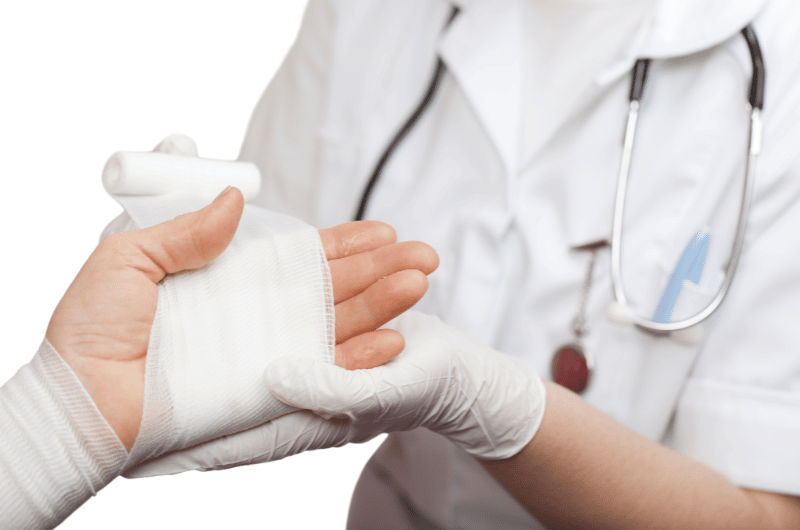 Injuries from Rottweiler attacks can be treated in a variety of ways depending on their severity. It doesn't matter how severe a dog bite injury is. It is important that victims of bites contact their healthcare provider to get advice and guidance.

It may be possible for the dog bite to be treated at home if the bite is not severe enough to warrant a visit to the doctor, but we always advise at least getting professional medical advise first. The wound should be cleaned with clean water at least twice daily. A thin layer of petroleum jelly can be applied to the wound and then covered with a nonstick bandage.

If you talk to your doctor over the phone, they might order you to seek medical attention if the injury is more serious. This involves deep cleaning the wound and removing any tissue that is damaged or dead. Finally, sutures may be used to close the wound. The doctor may decide to begin antibiotic treatment in certain cases to prevent infection.

Victims will want to be informed about their legal options to seek financial compensation for the damages they have sustained after suffering an injury from a Rottweiller attack. The Illinois state law provides the basis for potential plaintiffs and personal injury lawyers to determine whether litigation is appropriate based on the facts of each case.

The law says that the Rottweiler owner is responsible for the victim's injuries and any subsequent damages. This applies only if the victim was not trespassing on private property at the time of the accident and if the victim did not intentionally provoke the dog. Even if they took all reasonable precautions during the attack, the owner may still have to pay for the victim's damages. Some of the damages common in these cases include medical bills, lost wages, and pain and suffering.

Legal professionals refer to this type of law as "strict liability." It clearly states the grounds for which the dog owner is liable, regardless of whether they attempt to intervene. States that impose strict liability have a harder stance on dog owners and their attacks than states that impose "one bite rules." Dog owners who are deemed liable for an attack by a dog often face a one-bite rule. This means that the dog owner is only liable if it has already bitten someone and was therefore considered a danger to safety.

The law firm of Palermo Law Group has been representing dog-bite victims in Oak Brook, Illinois for years. As experienced dog bite lawyers, we fight for your right to receive fair compensation. If you or a loved one are the victims of a Rottweiler bite, contact Palermo Law Group today for a free consultation.