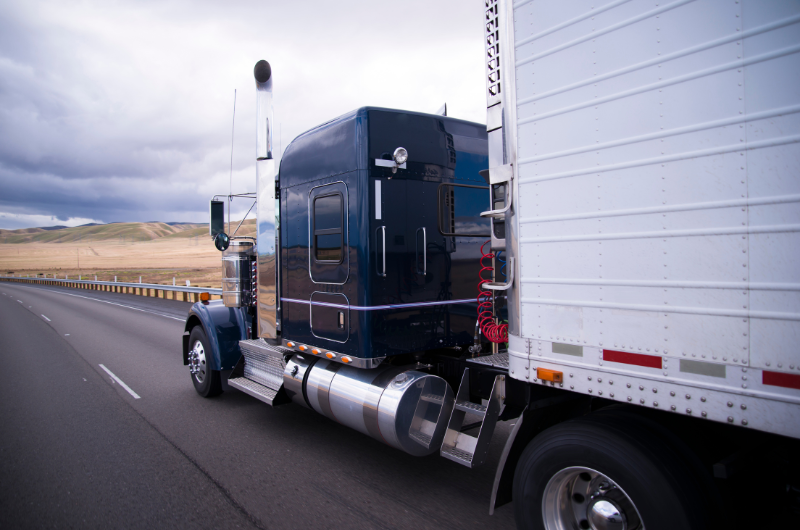 Off-Tracking Truck Accidents: What You Need to Know

As drivers, we’re used to the idea of sharing the road with semi-trucks and often forget that they pose an ongoing safety threat. While many truckers are great at their job and keep the road a safe place, semi-truck accidents do happen and they are often more catastrophic than a typical car crash. One of the most dangerous types of accidents involving truckers and other vehicles is off-tracking truck accidents. But first, let’s take a look at the data regarding truck accidents.

In the US today, off-tracking trucks are a common source of these accidents that occur between semi-trucks and other vehicles, as well as cyclists and pedestrians. Read on for more information about off-tracking and its risks.

The term “off-tracking” is used to refer to situations where a semi-truck’s front and rear wheels do not follow the same path when making a turn or otherwise navigating through traffic. This is a common issue with large vehicles. Because the length of the trailer plays an important role in the degree of off-tracking that a truck experiences, contemporary trucks with larger trailers are more likely to experience off-tracking than ever before. While truckers do have to learn how to navigate this issue when obtaining their commercial driver’s license (CDL), it can still be difficult to handle when they are starting out as an inexperienced truck driver. 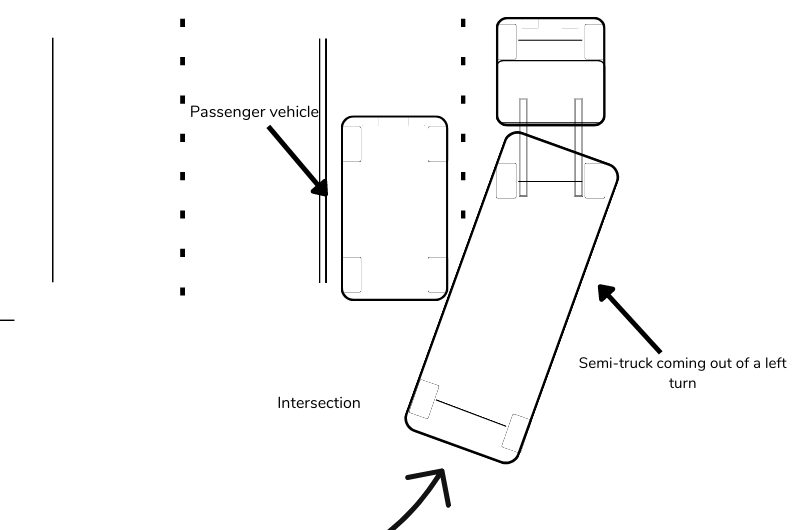 To assess how much a truck’s trailer will off-track involves an analysis of the distance between the traveled distance of the front inside wheel and the path of the rear inside trailer wheel as the truck navigates through an intersection, executes a turn, or maneuvers through a curve. What results in these scenarios is often referred to by experts as the “maximum swept path,” which is calculated as the combination of the width of the vehicle, plus the amount of distance the truck off-tracks.

When the maximum swept path exceeds the lane of travel, the result is an increased risk of injury to pedestrians, cyclists in the bike lane, and drivers in adjacent lanes of traffic. The overall nature and degree of off-tracking typically depends on the rate of speed of the truck. In many instances, trucks traveling at a lower rate of speed will have their rear trailer tires track more in line with the path followed by the front wheels, whereas trucks traveling at higher speeds often have their rear wheels track farther outside the path of the front wheels.

Off-tracking is a difficult situation for truck drivers who must navigate their tractor-trailer through areas of higher traffic, especially when making right turns. In many cases, executing a right turn in a semi-truck requires the driver to first swing to the left side, outside of their lane of traffic. This maneuver can have the unintended consequence of increasing the degree of off-tracking the vehicle experiences. Taking this already dangerous issue into consideration, you can see how it becomes even more of a problem for longer combination vehicles that have different trailer combinations. The additional trailer often creates an even wider swept path that off tracks and even skids into other lanes. Truckers who drive these vehicles often have to maintain low speeds in order to control this movement, but if they don’t take that precaution, it can be dangerous for passenger vehicles.

Factors That Contribute to Semi-Truck Off-Tracking

When a truck begins to travel into an adjacent lane due to off-tracking, the driver may overcompensate by pulling the steering wheel in the opposite direction. But with the high speeds that motorists often drive on highways, it’s hard to control this maneuver, resulting in a jackknife or overturn situation. This can have the unintended consequence of leading to one or more serious collisions.

Conditions that may contribute to an off-tracking accident include: 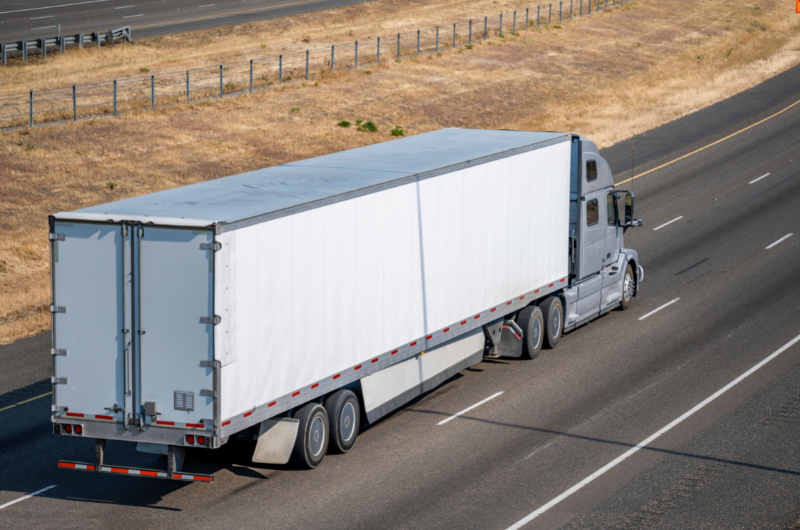 If you or someone you know are ever involved in an accident with a commercial truck that may have been caused by off-tracking, you may be starting to think about your legal options. If you are considering pursuing legal action in order to recover compensation for injuries or any other damages incurred as a result of the accident, there’s a lot to consider.

In order to receive compensation, you and your legal team would have to prove that the semi-truck driver was acting in a negligent manner, and that this negligence led to the accident. For example, if the driver was not properly checking their blind spots in the moments leading to crash, this can likely be considered negligent behavior and therefore the driver and/or their company may be liable for compensating you. And of course, if the driver allowed the trailer to off track into your lane and caused an accident, this is another case where they may be liable.

Trucking companies equip the cabins of their vehicles with two-way dashboard cameras (i.e. dash cams). These cameras can be used as evidence to determine whether or not the driver was being negligent. In addition, if you are concerned about having evidence if an accident occurs, you may consider purchasing a dash cam of your own. Especially if you drive a lot on highways and frequently share the road with a high number of semi-trucks. In the event of an accident, the evidence gained from these devices can help courts quickly determine fault.

Illinois state law uses “modified comparative negligence.” Under this system, an injured party can only recover damages if he or she is less than 50% responsible for the events that ultimately lead to the accident and subsequent incursion of personal injury.  If they are deemed by the court to be 50% or more at fault for the accident, then they will automatically forfeit their ability to recover compensation from the defendant for any expenses related to the incident.

Types of Compensation Available to Victims of Off-Tracking Accidents

The amount of compensation that you may be eligible to receive will depend on many factors, including the severity of your injuries, the extent of your damages, and the laws in your state. An experienced personal injury attorney can help you understand the types of compensation that may be available to you and fight for the full amount of damages that you deserve.

How Long Do You Have to File?

Often, accident victims who suffer personal injury after a collision with a semi-truck are understandably distracted by the need to procure medical treatment, arrange for time off from work, and other arrangements at home to account for their healing. This can mean that considering filing a personal injury lawsuit against the trucking company may not happen until much later after the date of the accident. In this case, it’s important to know exactly how long that window is when you can still file.

In Illinois, there is a statute of limitations that accident victims must adhere to when planning to file a personal injury lawsuit. Victims in Illinois have two years after the date of the accident to file a lawsuit. Attempts made after the two-year timeframe are likely to not be honored by the court system. This means that accident victims should speak with an experienced local personal injury attorney as soon as possible after an accident.

When planning to pursue litigation after an accident in which a truck driver’s negligent approach to off-tracking caused personal injury to other drivers, it is often necessary to employ the services of an experienced local personal injury attorney. As legal professionals, we are able to help accident victims to better understand how negligence laws operate with respect to your case. Then, we can help you build a strong portfolio of evidence that proves the trucking company’s negligence.

For years, the attorneys at Palermo Law Group have been working with accident victims in Oak Brook and throughout the Chicagoland area as they fight for fair compensation for their injuries.  Contact Palermo Law Group today for help with your case.