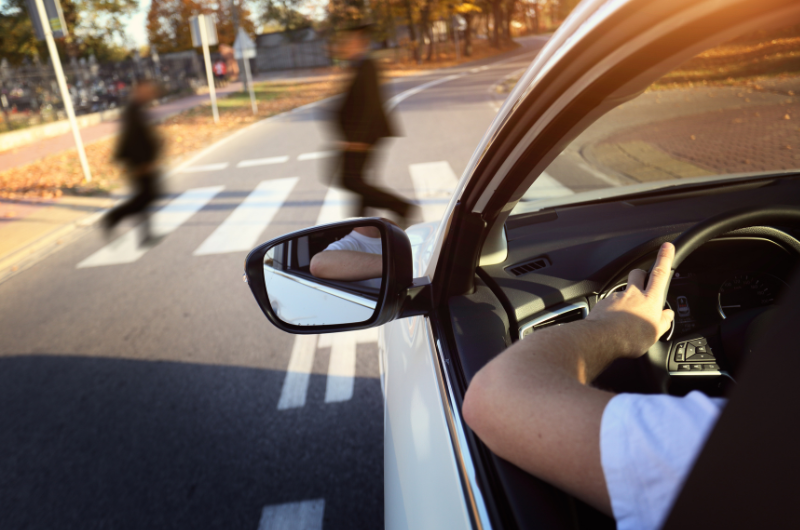 Pedestrian accidents are one thing, but watching a vehicle speed away after a crash is something fundamentally more disturbing. A pedestrian hit-and-run is one of the most irresponsible and cowardly crimes a person can commit, as it shows a complete disregard for the well-being of other people. Although a hit-and-run can happen anywhere, it’s most common to see these accidents when a pedestrian is using a crosswalk or walking in a parking lot. In many cases, the driver is guilty of disregarding traffic laws and may have blown through a stop sign or run a red light.

Fortunately, many of these criminals are eventually caught and brought to justice. A hit-and-run is usually prosecuted as a felony when it leads to serious bodily injury or death, which means that these individuals will likely spend many years in prison for this offense.

Some might say that this is justice. But what about the injured victims? How can they pursue compensation for serious injuries, missed wages, and emotional damages? In some cases, pedestrian hit-and-run accidents even result in fatalities. The guilty party might be in a prison cell, but that does not help someone who has become permanently disabled by the collision, nor does it help a grieving family member of a wrongful death victim. What if the hit-and-run driver cannot be located, and you are seemingly left with no way to hold anyone accountable? This situation is more common than you might think. Here is how to navigate pedestrian hit-and-run injury claims in Illinois:

Pedestrians are struck and injured by hit-and-run motorists on a regular basis in Illinois, and they almost always need medical attention. On November 23, 2022, it was reported that a 71-year-old man had been struck and killed by a motor vehicle on Chicago’s South Side. The man was found in critical condition at approximately 6:30 AM by first responders. There was no sign of the vehicle, although it was clear that he had been struck by a car. This individual later passed away from his injuries. At the time of this writing, no one had been taken into custody, and police detectives apparently have few leads to go on. This shows that even in a world with heavy surveillance, smartphone cameras, and dashcams, hit-and-runs can still leave victims completely unaware of who caused their injuries. Hopefully, the police will eventually track down the guilty party.

On November 22, 2022, it was reported that police in Elmhurst had arrested four drunk drivers within the space of just a few days. One of these individuals allegedly committed a DUI hit-and-run. This time, the individual was taken into custody and charged with aggravated DUI, leaving the scene of an accident, and improper lane usage.

Back in September of 2022, it was reported that a pedestrian had been struck and killed in Lisle. Once again, the victim was found unresponsive in the middle of the roadway, and he had obviously been hit by a vehicle. Although he was quickly transported to a nearby hospital, he eventually succumbed to his wounds. Just like the accident in November, police had very little information to go on. They later reached out to the general public, asking anyone who witnessed the crash to call the Lisle Police Investigations Unit.

How Much Can I Get in a Hit-and-Run Settlement?

If you are facing piles of medical bills, months of missed wages, and serious psychological trauma, you might be wondering how much money you stand to receive in a settlement. There’s no easy answer to this question since each personal injury lawsuit is slightly different.

However, you can get a sense of how much money you stand to receive by examining recent cases involving hit-and-runs. On November 19, 2022, it was reported that the Oak Lawn Village Board (a Chicago suburb) had agreed to pay a settlement of $10 million to a victim of a hit-and-run crash. In this case, the municipal government was sued because the victim was struck by a government vehicle. In fact, it was the Oak Lawn Village Board’s manager who struck the pedestrian in a vehicle owned by the municipal government.

The accident occurred back in 2019, and it involved a 51-year-old individual trying to cross the street. The victim was left with multiple fractures and a severe head injury that caused swelling of the brain. The manager then refused to stop, continuing on until he was apprehended by police and charged with numerous offenses – including leaving the scene of an accident. He later retired that year from his position as manager at the age of 70.

In this case, it is unclear whether the manager was negligent at the time of the accident. The pedestrian could have been crossing the street illegally. But because he continued to drive without stopping, he clearly committed an act of negligence. This made it easy for the victim to pursue a lawsuit – although the Oak Lawn Village Board made it clear that the settlement does not represent an admission of guilt or wrongdoing.

Although the victim received a hefty sum, his life will never be the same again. He is now confined to a nursing home and cannot live independently. He requires specialized care constantly and can no longer walk. Suing the municipal government for a hit-and-run collision is somewhat rare, although this story shows that government officials are just as capable of negligence as ordinary people.

Illinois is a “Tort State”: Why it Matters

In the United States, there are two systems when it comes to car insurance laws:

Unfortunately for hit-and-run victims, Illinois is a tort state. This means that if you were hit by a hit-and-run driver, it is extremely important to track them down if you want to give yourself the best possible chance of recovering compensation. That being said, it is important not to give up hope if you find yourself in this situation. Your attorneys and the police can help you track down the negligent driver with some proven investigation techniques.

What if the hit-and-run driver cannot be identified? 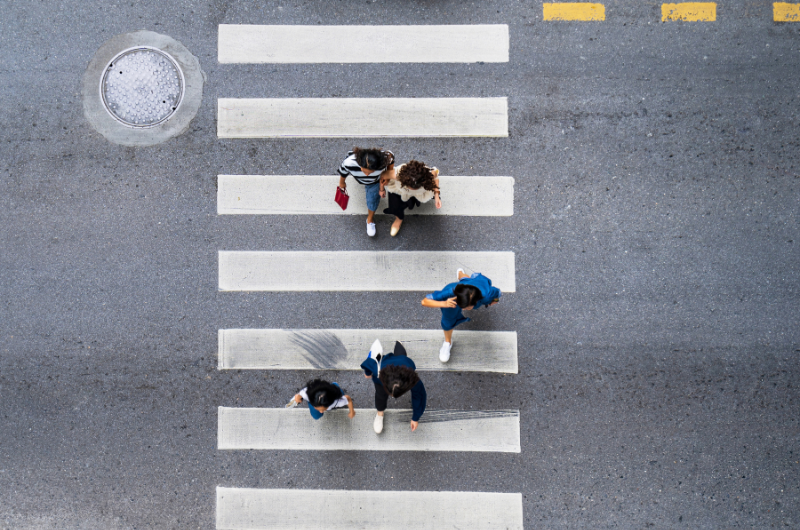 The good news is that the victim’s uninsured motorist coverage on his own policy will likely provide coverage, even though the pedestrian was not operating a motor vehicle at the time he was struck.

Hit-and-run drivers usually do not get very far. If they struck you, they might have serious damage on their vehicle that helps police track them down. Chicago and other cities in Illinois have concentrated populations, increasing the chances of witnesses seeing the license plate number. Hit-and-run drivers are often intoxicated, which means that they will likely crash at some point down the road anyway. In addition, Chicago is filled with surveillance cameras and dashcams that can catch cars driving down roads after accidents. Finally, it is important to realize that many drivers will do the right thing and turn themselves in.

Even if you manage to track down the driver, you may also face difficulties due to insurance problems. For example, the driver may not have insurance – even though car insurance is mandatory under Illinois law. The at-fault driver may have been driving a stolen vehicle at the time of the accident, leaving you with few options for compensation. Even if you sue the negligent driver directly, their lack of insurance will limit your compensation option. After all, if someone cannot afford car insurance, they probably cannot afford to hand over a multi-million-dollar settlement to pay for extensive medical treatment.

In the end, one of the few remaining options is to turn to your own insurance coverage. This can provide some compensation, and it is certainly better than nothing. For example, Uninsured Motorist coverage (UM) covers this specific situation, and it is required under Illinois law. You can also get additional layers of insurance, although by the time you are injured, it is a little too late to add this coverage.

Where Can I Find a Personal Injury Attorney in Illinois?

If you are suffering from pedestrian injuries after a hit-and-run crash in Illinois, or if your family member was the victim of a pedestrian death, reach out to the accident attorneys at the law firm of Palermo Law Group as soon as possible. With our help, you can strive for the best possible results and pursue the compensation you need to pay for medical expenses, missed wages, emotional distress, and much more. As personal injury lawyers, we know that it can be particularly distressing to know that the person responsible cannot be found. It is difficult to achieve a sense of closure when you do not even have a chance to face the person who caused your injuries. With help from the police and your personal injury attorney, you can resolve this situation and strive for a sense of justice. A settlement cannot change what happened – but it can allow you to move on with your life. Book your consultation today to get started with an effective action plan.