There are all kinds of myths when it comes to cars and auto accidents. Examples include the belief that larger cars are inherently safer, that cruise control is the same as “autopilot,” and that buying a new car is somehow an investment that will save you money in the long run. But perhaps one of the most interesting myths involves putting your feet up on the dashboard during an accident. We all know how satisfying it can feel for the front-seat passenger to get comfortable with your feet up while on a road trip. But there’s typically someone in the car who then expresses concern about what will happen to your legs if an accident occurs. Is there any logic behind this myth? Is it a truth after all and something you need to be concerned about? And perhaps most importantly, how will this affect your personal injury claim after suffering injuries in a car accident? Let’s find out.

Is Putting Your Feet on the Dashboard Really a Big Deal? 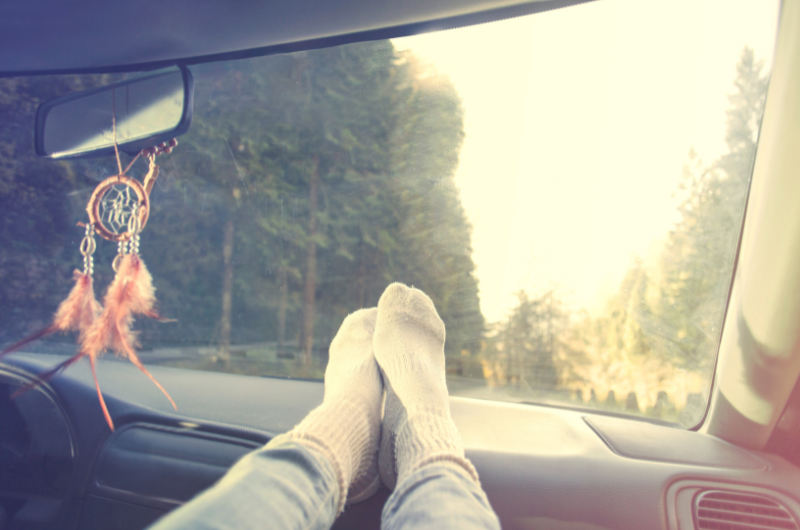 Yes, this is a big deal – and it is based on fact, not myth. Putting your feet up on the dashboard is a common habit for many people, and in a minor accident, it may not be a big deal. But if you suffer a major impact in this position, it could lead to serious injuries. Why? Because your dashboard contains an explosive airbag that will inflate in a fraction of a second upon impact. If your foot or any other part of your body is resting against the dashboard, the airbag deployment has the potential to cause catastrophic injuries.

Why This Could Cause a Life-Changing Injury: Real-Life Examples

Numerous crash tests have determined that putting your feet on the dashboard can lead to horrific injuries, including fractures, dislocations, and completely shattered bones. In 2017, the Road and Maritime Services Crashlab in Sydney, Australia, tested this exact scenario. When the vehicle collided with walls at 70 kilometers per hour, the crash test dummy suffered severe injuries when its feet were placed on the dashboard before impact. Interestingly, the legs and feet did not suffer the most severe injuries. The engineers noted that this sitting position caused the dummy to slide down lower in the chair, placing the seatbelt in a dangerous position and causing serious internal organ damage during crashes. Data scientists noted that many potential injuries were possible in this scenario, including:

He noted that these injuries were more than capable of killing or paralyzing victims. The impact from the airbag pushes the feet away and upward, pulling the upper body lower into the chair and exposing the internal organs to significant damage.

But what does a crash like this actually look like? In 2017, a woman suffered severe injuries after a T-bone crash in Georgia. All occupants walked away except for this woman, as she had been sitting with her feet up on the dashboard at the moment of impact. The crash caused the airbag to inflate, sending her knee flying directly into her nose. She suffered multiple fractures as a result, including a broken nose, a broken ankle, a broken femur, and a broken arm. She later stated that her “whole right side was broken,” admitting that “it’s simply because of my ignorance.”

She was warned multiple times to stop putting her feet on the dash, but she dismissed these warnings because she preferred the comfortable position on the passenger side. Not only did she suffer injuries, but she is no longer able to work. It took her months to simply start walking again unassisted. Although this might sound like a terrible outcome, the woman was actually relatively lucky. As many fire department veterans will tell you, this type of sitting position can actually send your kneecap flying directly into your eye socket – causing serious injury or even death. That being said, one might argue that the injuries would be even worse without an airbag.

An even worse injury was suffered by another woman from Wales. An x-ray image circulated after the crash, showing that her hip bone had been completely crushed. One of her femurs was completely dislocated. Several shards of bone were clearly visible in this area, suggesting that this injury was literally a shattering experience. These are the types of injuries you might sustain if you leave your feet on the dashboard during a crash.

This image also shows how much force an airbag is capable of generating. These things can inflate at well over 200 miles per hour, which is about the same as the terminal velocity of a 30-caliber bullet.

Why Your Sitting Position Matters 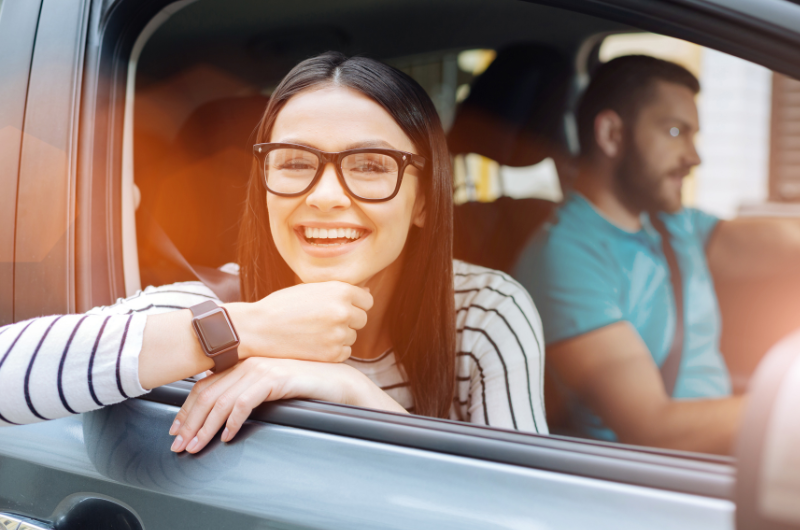 It is worth noting that putting your feet up on the dash is just one example of an unsafe sitting position. There are many other bad habits that can lead to serious injuries, including:

The Ideal Driving and Sitting Position

So what exactly is the best possible driving and sitting position? Ideally, you should sit in the middle of the seat with your seatbelt around your waist and across your shoulder. Your feet should be on the floor, and your chair should be raised in an upright, natural position (not too far forward and slightly reclined to provide lumbar support). Funnily enough, the safest seat possible is the rear, middle seat – provided that you’re wearing your seatbelt. Interestingly, one of the reasons this seat is the safest is because it’s the furthest away from the airbags. This should give you an idea of how dangerous airbags can be. You should also raise your seat so that your knees are slightly lower than your hips. Finally, try to raise your seat so that your eye level is about three inches above the steering wheel.

Where Can I Find a Qualified Personal Injury Attorney in Chicago?

If you have been searching for a qualified, experienced personal injury attorney in Chicago, look no further than Palermo Law Group. We know that there are all kinds of myths floating around about cars and auto accidents. With our help, you can cut straight to the truth and get to the most important matters – like your compensation. We have helped numerous plaintiffs pursue fair settlements over the years for their injuries, and we can do the same for you. A settlement can help you pay for missed wages, medical expenses, emotional distress, and much more.

With our help, you can gather evidence, negotiate for a settlement, and take matters to court if necessary. Book your free consultation today, as the statute of limitations could prevent you from suing if you wait too long.