Driving High: Marijuana-Impaired Drivers are Twice as Likely to Crash

OAK BROOK, IL (June 20, 2019) – In the past 30 days, an estimated 14.8 million drivers reported getting behind the wheel within one hour of using marijuana.  With Illinois joining Colorado, California and Michigan by legalizing recreational marijuana, it’s important to understand the risks and perceptions of driving high.

Marijuana users who drive while high are up to TWICE as likely to be involved in a car accident.A new survey from the AAA Foundation for Traffic Safety reveals statistics about how seriously drivers view the dangers of driving while under the influence of marijuana.

According to the study, the impairing effects of marijuana, specifically the THC (tetrahydrocannabinol) properties of marijuana, are usually experienced within the first 1-3 hours after using the drug.  Marijuana users who drive while high are up to twice as likely to be involved in a car accident.

Americans underestimate the danger and risks of driving high

While marijuana can significantly alter reaction times and impair a driver’s judgment, many drivers don’t consider marijuana-impaired driving as risky as other behaviors like drunk driving which would result in a DUI or talking on the phone while driving. It is important for everyone to understand that driving high on marijuana – even medical marijuana – is dangerous to themselves and others on the road.

The survey found over 13% of Americans viewed driving within an hour after using marijuana as only “slightly dangerous” or “not dangerous at all”.

Other survey findings show that in the past 30 days: 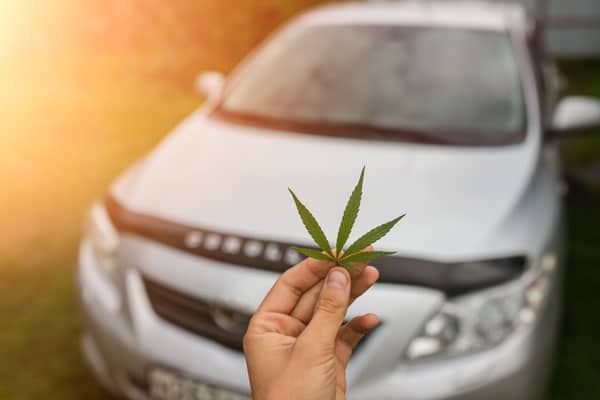 Law enforcement officers around the country are undergoing training to become drug recognition experts to more effectively recognize drug-impaired driving. Programs like Advanced Roadside Impaired Driving Enforcement (ARIDE) and the 50-State Drug Evaluation and Classification (DEC) Program were developed for this purpose in hopes to keep our roads safer.

The new survey results are an interesting and important reflection of current attitudes and behaviors related to traffic safety and marijuana impairment.  The survey data is from a sample of 2,582 licensed drivers ages 16 and older who reported driving in the past 30 days.

Many accident victims who were injured by an impaired driver can have a lengthy and painful road to recovery with overwhelming medical expenses, loss of wages, and/or permanent disability.  If you’ve been injured in a motor vehicle accident, there are various laws that can help you or a deceased victim’s family receive compensation.  Please contact Palermo Law Group at (630)684-2332 to for a free consultation with nationally recognized personal injury lawyer, Mario Palermo, regarding the best approach to obtaining compensation for your injuries.