Chow Chows are a beloved and popular breed, known by many for their fluffy, thick fur coats. Just like any other dog breed, if they have the proper training, Chow Chows can be well-behaved. But every dog is different and has its triggers, so in certain situations, Chow Chows have been known to attack humans or other dogs. Continue reading to learn more about Chow Chow, what to do after a dog attack, and dog bite injury litigation.

History of the Chow Chow Breed

The American Kennel Club (AKC) states that Chow Chows are among the oldest dog breeds in existence. Artifacts from China's Han Dynasty around 206 BC show the Chow Chow as a depiction in artifacts. The Chow Chow used to be companions for ancient Chinese nobles. However, the breed has become an important resource, acting as guard dogs and haulers, as well as hunting dogs. Chow Chows became popular in the West after Queen Victoria purchased one in the late 1800s and has made their mark as a popular family pet since.

According to experts, Chow Chows are a unique breed of dog that can be difficult to train. They may also not enjoy socialization with other animals or pets and can be difficult dogs to work with, especially when they interact with small children. According to Pet Helpful, there were 58 attacks involving this breed that resulted in personal injury in the time period 1982-2013. 37 of the victims were children at the time. Seven deaths were reported, and 39 cases of maiming were recorded.

The Risk of Infection from a Chow Chow Bite

Chow Chow bites can cause infection, just like any other dog bite wound. Before the infection becomes serious, it is important to be aware of the signs and symptoms and to understand how infections work.

Infections are caused by germs entering the body and increasing in number. Although there are many germs already living in our bodies that may be helpful, others that enter the bloodstream from an outside source can cause infection.

In order for an infection to be manifested in the body, germs must be transferred from the source to the susceptible person’s body.

Some dog bites can become infected. It is important to examine the area of injury to determine if there is an infection. A dog bite can lead to common symptoms such as:

Types of Infections from a Dog Bite 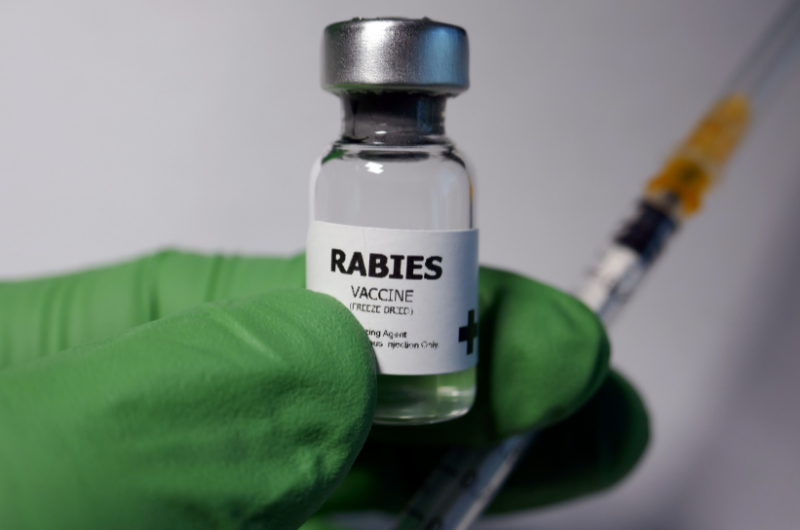 A dog bite can lead to a variety of common infections. For example, rabies is a serious infection that can result from dog bites. It attacks the central nervous system and is rare, but causes more fatalities than most other infections. Low-grade fevers, headaches, and fatigue are the first symptoms of rabies, but as the disease progresses, the symptoms can become more severe. The infection symptoms may develop into nausea/vomiting and anxiety, partial paralysis, and hyperactivity.

Cellulitis is another infection that can be caused by dog bites. Cellulitis can be contracted from Pasteurella multocida or Pasteurella mayis bacteria, which live in the mouths of many dog breeds. After a dog bite, these bacteria can cause redness, swelling, tenderness, and pus discharge. If not treated, the symptoms can quickly get worse and include inflammation of the joints, bones, and tendons, fatigue, and loss of sensation.

The treatment of a Chow Chow dog bite is the same as for other dog bite wounds. A physician will conduct an initial wound assessment to determine the severity of the injury.

The patient's current medication, tetanus status, allergies, and meds are all important information. The physician will document the area of injury and its classification. He or she will then begin intensive irrigation to reduce the chance of infection.

While the physician will attempt to remove dead or damaged tissue, extreme care must be taken to not remove tissue excessively. Excessive tissue removal can have long-lasting consequences for the wound closure and facial appearance of the victim (if the bite wound is on the face). Patients who are at higher risk of infection or have been bitten by dogs may need antibiotic treatment. In addition, puncture wounds and crush injuries are more susceptible to infection than tears or scratches.

If the infection is severe, outpatient treatment may not be possible. In these cases, the victim of a dog bite must be admitted to the hospital and given intravenous antibiotics. If the dog bite was on the face and caused a visible facial injury, it may be necessary to consult a maxillofacial surgeon or plastic surgeon.

It may be possible for the dog to be treated at home if the bite is not severe enough to warrant a visit to the doctor. The wound should be cleaned with clean water at least twice daily. A layer of petroleum jelly should be applied to the wound and covered with a nonstick bandage.

The doctor might order the victim to seek medical attention if the injury is more serious. This involves deep cleaning the wound and removing any tissue that is damaged or dead. Finally, sutures may be used to close the wound. The doctor may decide to begin antibiotic treatment in certain cases to prevent infection.

If you are a dog bite victim in Illinois, it is useful to have a basic understanding of Illinois' dog bite laws if you are interested in recovering financial compensation. But ultimately, this process is best done in collaboration with a local personal injury lawyer.

Illinois's strict liability dog bite laws are similar to those in other states that use a one-bite rule. The state's laws provide that a dog owner can be held responsible for the injuries sustained by a victim of a dog bite. However, the victim has to have been allowed to be on the homeowner’s premises legally and not provoke the animal. The plaintiff could lose their right to seek monetary compensation for personal injuries resulting from the dog's actions if they were trespassing or antagonizing the dog.

If you are interested in learning more about the type of dogs that are considered some of the most dangerous dog breeds, such as the Rottweiler, the Pit Bull Terrier, and the German Shepherd, check out our blog for more dog-bite-focused posts. If you are the victim of a Chow Chow attack, know that the experienced attorneys at Palermo Law Group have been representing dog-bite victims in Oak Brook and the greater Chicago area for over 25 years. We can help you get the compensation you deserve. Contact Palermo Law Group today for a free consultation.