Car vs Bike Accidents: Who has the Right of Way?

It’s a recurring question — who has the right of way when it’s car vs bike?  And with the weather warming up, there are even more bicycles on the roads. Truth is whether you love them or hate them, these cyclists have road rights, too.

Every year hundreds of Americans die in bike accidents with motor vehicles, and thousands more experience serious injuries. While many of these bicycle accidents involve speeding and distracted drivers, safe cycling depends on all parties understanding their responsibilities and following the rules of the road. This helps pave the way for more peaceful coexistence among car vs bike operators. Drivers often times have little idea of the traffic laws regarding bicyclists, and many people often ask the question, “Why can’t they just use the sidewalks?” 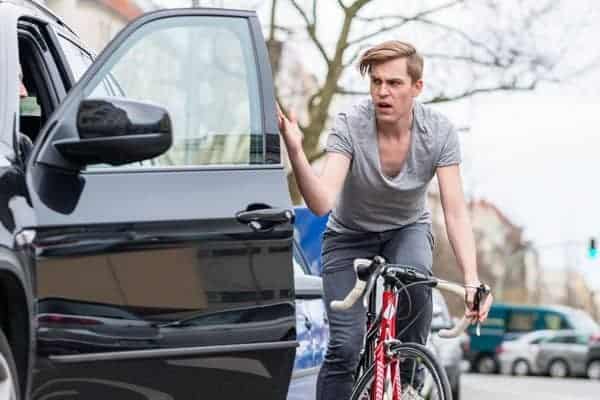 Bicycles on the streets are actually considered vehicles. Cyclists must be attentive to motorists and ride in the same direction as the other cars on the road.  They also must follow the same traffic rules when required, including stopping at stop signs. Cyclists also must make themselves visible and signal when turning, even across bike lanes.

On the other side of the equation, motorists need to remember to watch for bicyclists at all times and yield to bike riders that may be taking the entire lane in certain situations.  It is important that drivers follow the speed limit and avoid aggressive maneuvers.  Drivers also must take extra care in intersections and when passing cyclists and not think of them as “in their way”.

It is important for motorists to give cyclists “breathing room”. More than 26 states have passed laws requiring motorists to give bicycles on the roadway about 3 feet of space.  A driver that passes slowly and smoothly is much appreciated by cyclists.

Bikes are Particularly Vulnerable to Accidents

Bicycle accident attorney, Mario Palermo says, “in almost every bicycle accident lawsuit I’m involved in, the driver says the same sobering thing- “I never saw him before I hit him.”  Attorney Palermo goes on to point out, “it’s important to remember just how vulnerable cyclists are. A car weighs 2 tons or so, and the average bike is only 20 pounds. In every collision between a bike and a car, the car wins resulting in oftentimes catastrophic injuries.”

Palermo, who has been handling bicycle accident and personal injury lawsuits for over 20 years, also points out how important it is for drivers in urban areas to take pause and look around and in the rear view mirror to check for bike riders before opening a parked car door. “Many of the worst injuries I’ve seen involving bikes vs cars were the result of drivers flinging open their doors before carefully looking to see if there was an approaching cyclist. Many of the riders I have represented have died from being ‘doored’ and thrown into traffic.”

As more and more people take up bicycling for exercise or to reduce the cost of their daily commute, drivers need to make peace with this trend and be extra vigilant on the roads, and cyclists must remember their personal responsibilities as well.

If you or a loved one is a victim of a bike accident and need a personal injury attorney, look no further than our experienced legal team at Palermo Law Group. Allow us to be your trusted source of legal counsel, care, and insurance company representation–you won’t regret it.  Please don’t hesitate to contact us for a free consultation by calling (630) 684-2332.