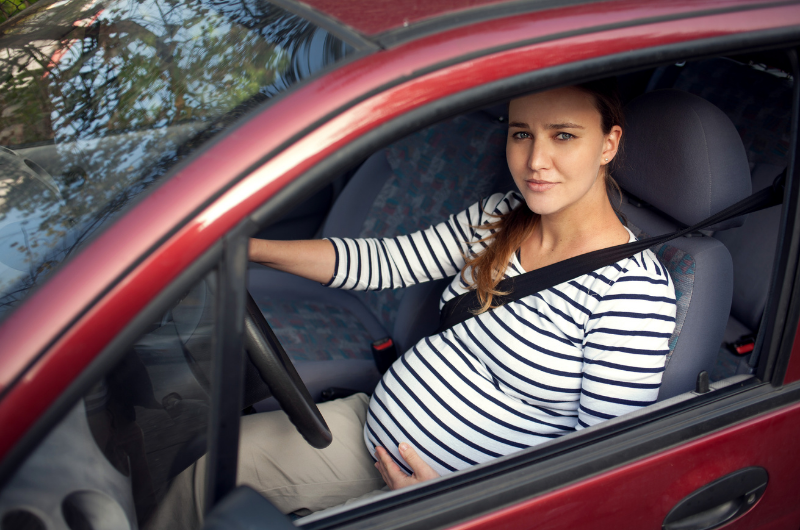 Can a Car Accident Cause a Miscarriage?

Pregnancy comes with a lot of risks. One of the major risks associated with pregnancy is miscarriage. Below we will discuss various pregnancy risks and answer the question: can a car accident cause a miscarriage?

What is a Miscarriage?

A miscarriage (also referred to as “early pregnancy loss”) occurs when an unborn child dies in the uterus before the 20th week of pregnancy.

Can a car accident cause a miscarriage? It’s possible, but in addition to miscarriage, there are various risks associated with pregnancy which could negatively impact the health of a mother and her baby. Some of these risks include, but are not limited to:

High blood pressure (also referred to as hypertension) describes the narrowing of the arteries which carry blood from the heart to the body, causing pressure to increase in the arteries. This can make it difficult for blood to reach the placenta, which is the source of oxygen and nutrients for the fetus. Additionally, reduced blood flow can result in the growth of the fetus, increasing the risk of preterm labor and preeclampsia (which will be discussed below). It is important to note that women who have high blood pressure prior to getting pregnant should ensure that it is monitored and controlled. High blood pressure that is developed during pregnancy is referred to as gestational hypertension. Gestational hypertension typically develops during the second half of the pregnancy and goes away after delivery.

Gestational diabetes occurs when a pregnant woman who did not have diabetes prior to getting pregnant develops it during her pregnancy. Diabetes (also referred to as high blood sugar) describes a buildup of glucose (sugar) in the blood. The pancreas makes a hormone called insulin which removes the glucose from your blood and transports it to the cells in your body which use the glucose for energy. However, pregnancy hormones can cause the body to either not produce enough insulin or not process the insulin normally. If gestational diabetes is not controlled during pregnancy, it could lead to the birth of a large infant, which would require a C-section (which comes with its own risks to both the mother and the child).

Certain infections (for example, sexually-transmitted infections) can pose a serious risk to both the life of the mother and the baby. This is due to the fact that some infections can pass from the mother to the fetus as the fetus passes through the birth canal. Furthermore, some infections can also pass to the fetus during the pregnancy. Infections can have several devastating impacts, including pregnancy loss, low birth weight, stillbirth, newborn illness, birth defects, preterm delivery, and ectopic pregnancy (which results when an embryo implants outside of the uterus, usually within a fallopian tube).

Preeclampsia is a serious medical condition which can lead to premature delivery and death. The exact cause of preeclampsia is unknown but does have several risk factors, which include:

Preterm labor is used to describe labor that occurs prior to the 37th week of pregnancy, or the later stage of the third trimester. If a fetus is born prior to 37 weeks of pregnancy, it is considered a premature birth and will be at an advanced risk for health problems.

Preterm labor is specifically problematic because the brain and lungs of the fetus typically do not develop fully until the 39th or 40th week of pregnancy. The risk factors for preterm labor include infections, developing a shortened cervix during pregnancy, and having previous preterm births.

A stillbirth refers to a lost pregnancy after the 20th week. Though the exact cause of stillbirths has not been determined, some risk factors include chromosomal abnormalities, placental problems, poor fetal growth, chronic health issues of the mother, and infection.

Nausea is common during pregnancy, but hyperemesis gravidarum is a more severe form of long-lasting nausea that can result in dramatic weight loss, reduced appetite, dehydration, and feeling faint. The exact cause of hyperemesis gravidarum is unknown. Some women who are affected will need to be hospitalized so that they can receive vital fluids and nutrients during the pregnancy to ensure the healthy growth of the fetus.

Can a Car Accident Cause a Miscarriage?

Motor vehicle crashes can have serious pregnancy complications, endangering the life of both the mother and the unborn baby. Even something like impact with an airbag or steering wheel can cause serious injuries that may result in fetal trauma. Some of these complications include, but are not limited to:

Symptoms to Look for After a Car Accident

If an expectant mother experiences pregnancy injuries in a motor vehicle accident, there are a few signs she should look for that may indicate that she is experiencing fetal injury. Whether the accident is just a fender bender or a more serious crash, if a pregnant woman experiences any of these symptoms, she should consult her health care provider right away. These symptoms include, but are not limited to:

Did You Suffer a Miscarriage Resulting From a Car Accident? Speak to an Illinois Personal Injury Attorney

If you suffered a miscarriage resulting from an auto accident and believe you may have a wrongful death claim, the Palermo Law Group is here to help. Our law firm will fight to hold the responsible party accountable and get you the compensation you deserve. You can schedule an initial free consultation appointment with our office here.