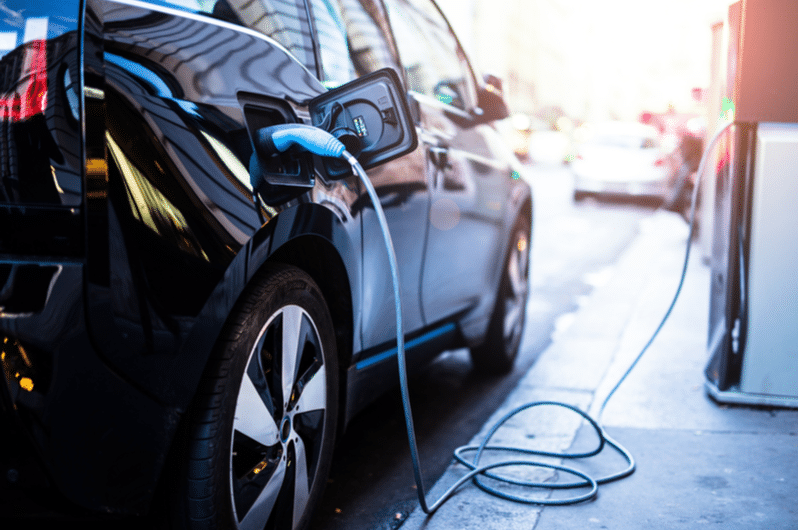 Are Electric Cars Safe? A Lawyer’s Guide to What You Need to Know

As the technology improves and prices drop, electric cars are playing a bigger role in the future of the automobile industry. All-electric cars with varied body styles, performance specs, and price points are now available from Tesla, Chevrolet, Nissan, Volkswagen, and BMW. For most consumers looking to buy a new car and considering electric vehicles (EVs), the big questions they have include: Are electric cars safe on the roads? Do we have enough electricity to power the coming flood of electric vehicles?

The answer to both questions is “Yes”, but the details matter.

When measuring the vehicle safety it is important to consider the number and types of injuries sustained during crashes. In 2013, the Tesla Model S made the news in response to three vehicle fires, prompting people to voice their safety concerns. Critics and the press were quick to jump to the conclusion that those cars were combustible and unsafe. Upon closer study of the crash data it was revealed that all of the fires were the result of drivers running over roadway debris that directly damaged the battery cells. Also, no one in the vehicles was injured in any of the accidents. In fact, later data suggested that had the same roadway debris struck a vehicle without the battery cells and their aluminum plate protective covering, then the occupants of the vehicle most likely would have suffered bad injuries or even killed by debris piercing the floorboard of the car.

When measuring the safety of a vehicle it is also important to study how well a vehicle performs in protecting occupants from injuries in side-impact, front-impact and rear impact collisions. Crash test results conducted by the Insurance Institute for Highway Safety (IIHS) and NHTSA show that Tesla’s Model S performed as well as comparable gasoline-powered vehicles in most side-impact collisions, and better than those comparable gas-powered models in front and rear-impact crashes. This data suggests that the Model S is not inherently unsafe.

When compared to the flammability of gasoline, however, Li-ion batteries pose a far lower explosion and fire risk.

Lithium-ion batteries (Li-ion), the power source for all-electric vehicles, are flammable. They contain a liquid electrolyte that stores energy and can overheat and combust with prolonged exposure to the wrong conditions. These power cells are also subject to short-circuiting if they are damaged, and those short-circuits can result in fires if the proper safety precautions are not in place.

When compared to the flammability of gasoline, however, Li-ion batteries pose a far lower explosion and fire risk. In cases of vehicular fires that were the result of damaged Li-ion batteries, the fire was limited to the area where the batteries were contained before it could be extinguished. In cases of vehicle fires that were the result of spilled gasoline or damaged fuel-delivery components, the fire tended to spread to other parts of the vehicle before it could be contained, and those fires also required more effort from firefighters to extinguish.

While instances of Li-ion battery fires are not common when we consider the millions of batteries on the market, the fires are often making headlines because of the prominent roles devices that use these batteries have in our lives.

Laptop computers and mobile phones are commonplace in today’s culture and burning or exploding batteries are a concern of many who own them. Li-ion battery cells can sometimes generate enough heat, sometimes during their normal operation and at other times due to short-circuit or external damage, to cause a reaction known as “thermal runaway.” However, only one fire occurs for every 100 million Li-ion batteries on the market when used properly.

The reason why the answer to the question, “Are electric cars safe?” is complicated is because safety features are always being updated. Thermal runaway was addressed by designers and engineers of electric cars to help prevent the type of overheating and battery explosions that have been documented with mobile phones and computers. To prevent thermal runaway, the vehicle’s batteries are typically surrounded by a protective cooling shroud filled with chilled liquid coolant from a traditional-style automotive radiator. In the event the batteries do overheat despite their external cooling, batteries in all models of electric vehicles are installed in an array rather than as one large battery pack. These battery clusters are further divided by firewalls that limit the amount of damage each is capable of causing if it were to malfunction.

The evolution and development of fire safety in electric vehicles are moving forward very quickly. Volvo, a competitor that is well-known for its safety ranking, is designing its latest electric model with the battery array in a location farther from the passenger compartment, while Toyota and Sakti3, a company owned by Dyson Technologies, are pioneering new solid-state batteries that do not rely on flammable electrolytes to power electric cars. The likelihood of passenger injuries in crashes involving electric vehicles is actually slightly lower, meaning that they are safer to passengers than those involving vehicles with gasoline and diesel engines. However, the overall cost of collision repairs and replacements of electric vehicles averaged far higher than their petroleum-powered counterparts.

Do we have enough electricity to power the coming flood of electric vehicles?

It’s no surprise that cars running on electrical systems use a lot of electricity. The 88 kWh battery that can carry a rear-drive Ford Mustang Mach-E 300 miles could power a modest house for several days, depending on the time of year and other variables. A single commercial DC fast-charger – the kind that uses 400-800 volts and can charge a vehicle in 20-40 minutes – can draw as much power as 50 homes, according to the Department of Energy.

The key is for electric vehicle owners to do most of the charging at night when a lot of the electricity generating capacity that already exists is idle.

The experts say the U.S. has more than enough electric generating capacity to power every electric vehicle expected to hit the road through 2028. They claim the transition to electric vehicles will take place over many years, and that the electric grid is well equipped to supply electric vehicles today and in the near term. Automakers are working closely with utilities to optimize it.

The key is for electric vehicle owners to do most of the charging at night when a lot of the electricity generating capacity that already exists is idle. Most utilities will offer low rates to encourage owners to charge at that time. Charging at roadside commercial facilities will cost more than the discounted off-peak rate for homes. How much varies, depending on location, charging company, and other factors.

Optimizing the time of charging is the key. Off-peak charging is part of the reason electric vehicles should be less expensive to operate than gasoline or diesel vehicles. That’s because huge power plants that can handle midday surges operate less efficiently off-peak. The electric grid was built to accommodate high demand like air conditioning in high-rise offices and factories on a hot afternoon. That capacity is essentially wasted the rest of the time, but electric vehicle charging can level the peaks and valleys.

The EPA assumes off-peak charging in projections that electricity for a Mach-E will cost $650 annually, compared with $1,800 in gasoline for an Edge, the closest gasoline-powered competitor in Ford’s lineup. Similarly, Volkswagen’s new ID.4 electric SUV should use $700 worth of electricity a year, versus $1,700 in gasoline for the Tiguan, the closest internal combustion comparison from VW. Both projections assume 15,000 miles driven annually, 55% of it on the highway.

Some drivers worry about grid-busting peaks on holiday weekends when huge numbers of people drive to family events or vacation getaways. However, many factories and offices close during that period, freeing up charging capacity for road trips.

Things get a little more dicey when factoring for about 30 million electric vehicles on U.S. roads. To that end, utilities are upgrading generating, transmission, and delivery capacity now for demand in the 2030s. With the average daily commute around 40 miles, the utilities think some drivers may charge just once every 2-3 days.

Electric cars as a response to climate change

But electric motors are merely a power source, not a panacea. Plug-in cars are now being cast as a central player in America’s response to a warming future. While the planet will be much better off if we switch from conventional vehicles to EVs and reduce carbon emissions, it’s important to remember that the problem isn’t just gas-fueled cars but car-fueled lives.

In an effort to build electric cars into tomorrow’s infrastructure, President Biden has pledged to create a network of 500,000 charging stations around the country and replace the roughly 650,000 cars in the federal government’s fleet with electric vehicles.

Many car crash victims can have a lengthy and painful road to recovery with overwhelming medical expenses, loss of wages, and/or permanent disability.  If you’ve been injured in a motor vehicle crash, there are various State of Illinois laws that can help you receive compensation. Please contact the law firm of Palermo Law Group at (630) 684-2332 for a free consultation with nationally recognized car accident lawyer, Mario Palermo, regarding the best approach to the legal issue of obtaining compensation for your injuries.