Is a Landlord Responsible if a Tenant's Dog Bites Someone?

There are many reasons why landlords might ban tenants from having pets on the premises. Pets are noisy and can potentially disturb other tenants or nearby neighbors. Pets are also notorious for causing damage and scratching the walls, floors, and other parts of the property. But perhaps one of the greatest issues with having pets – particularly dogs – is the chance of people being attacked. This is something that many landlords do not fully appreciate until they find themselves facing serious consequences. But can a landlord really be held accountable for an attack committed by a tenant’s dog, just as homeowners are responsible for their dog’s actions? What can you do if you have suffered a dog bite injury while on someone else’s premises? Can you sue the landlord and receive compensation? Let’s find out in this blog as we explore landlord liability for dog bites.

When you sue someone for injuries that occur on someone else’s property, this area of the law is known as “premise liability.” Property owners are responsible for ensuring that their property is reasonably safe for people who are lawfully on the premises. Landlords need to make sure that the area is safe, and their responsibilities usually revolve around structural defects, exposure to certain toxins and poisonous building materials, fire safety, and adherence to the building code. If they fail in any of these areas, they may be held accountable by the tenants living on the landlord’s property.

But if the dog owner is a tenant who creates a dangerous situation on the premises without the landlord's awareness or involvement, the tenant will likely be liable for any injuries that occur. This is known as “occupier’s liability.” The definition of an “occupier” is sometimes difficult to pin down, but a tenant can certainly be considered an occupier – often more so than the landlord.

One of the key things to remember is that the concept of awareness plays a critical role in determining liability. If a landlord becomes aware of a certain hazard – like a dog – on the property and chooses to do nothing about it, they may be held liable as a result. A landlord may also become aware of another hazardous activity that the tenants are engaging in – such as disabling their fire detectors or changing the wiring in their homes without the assistance of an electrician. But if the landlord never becomes aware of the issue, they cannot reasonably be expected to take action. In the case of a dog, a landlord might not even be aware of the animal’s presence – as many tenants sneak pets into their homes and violate no-pet restrictions. Even if a landlord is aware of the animal’s presence, they may still escape liability if they had no idea how dangerous the dog was before the attack.

A History of Violence 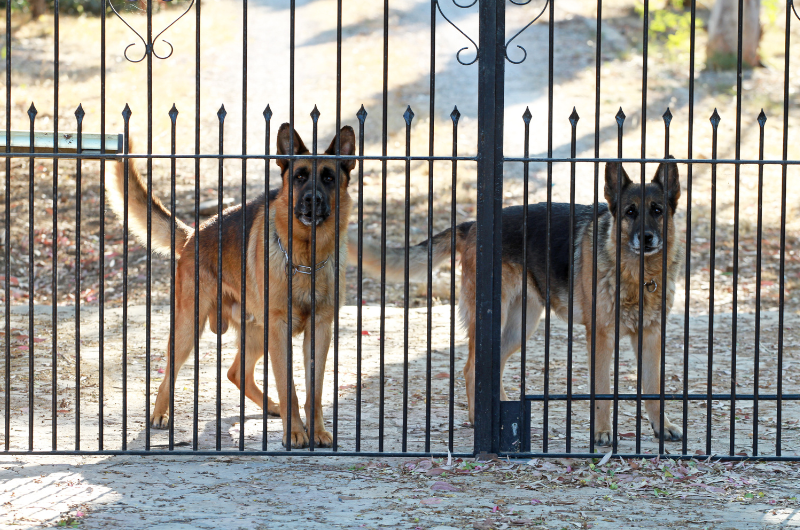 If you want to hold the landlord liable for your dog bite injury, one strategy is to show that the landlord was aware or should have been aware that the dog was dangerous. You can do this by establishing that the dog had a clear history of vicious propensities that was common knowledge for the entire community. For example, the dog may have bitten numerous victims in the past. Even the landlord themselves might have been attacked by the dog during a visit to the property. Perhaps the landlord saw strange wounds on the tenant, suggesting that they had been attacked by their own dog.

Proving this awareness is not always easy, but it is certainly within the realm of possibility. A landlord may have exchanged text messages with the tenant that detail these past violent incidents. The landlord may have also received written complaints from neighbors who feared for their safety and that of their children due to the dog’s presence. However, it is important to note that this does not work if the dog was simply loud or threatening in the past. Usually, you need to show that the dog has bitten someone or attacked them in some way to establish this history of violence.

Another relevant concept in this discussion is “harboring.” A landlord is said to have “harbored” a dangerous dog if they take actions to care for it or control it in some way. This might include taking care of the dog personally or creating very clear rules and restrictions regarding the animal. This might sound counterintuitive at first. After all, if a landlord makes an effort to control the dangerous animal and limit the amount of damage it causes, doesn’t this mean that the landlord is less liable for future attacks?

Dog bite law does not see it that way. The logic is that by stepping away from the entire situation and allowing the tenant to take full responsibility for controlling the animal, the landlord wipes their hands of the entire issue. But once they start actively getting involved in the matter by creating rules and regulations, the animal starts to become their responsibility.

This can lead to slightly confusing situations due to the interplay between Illinois’ Dog Bite Statute and principles of negligence. For example, a landlord can be aware that the tenant lets his dog roam free across the property with no leash or chain, and still, face no consequences. But if the landlord specifically tells the tenant that he must keep his dog chained up, then the landlord could be liable for future injuries. Of course, a landlord may be held liable regardless, if the dog has a known history of violence. But sometimes, the landlord’s alleged knowledge of the dog’s history does not even factor into the equation, and courts only consider whether or not the landlord harbored the animal. One example of this arose in Smaxwell v. Bayard – a case in Wisconsin from 2004.

It is also worth mentioning that a landlord could theoretically be held liable for dog attack injuries that occur outside of her property. We have seen these decisions in the past in various states – especially when it is established that the landlord was harboring the animal.

Did the Landlord Actually Have the Ability to Remove the Dog?

Sometimes a landlord’s hands are tied and he cannot remove the dog.  According to Fair Housing laws in Illinois, a person with a service animal cannot be denied housing on that basis. This includes emotional support animals (ESAs). Note that it is fairly easy to get a dog classified as an emotional support animal, as the only requirement is a letter from a licensed mental health professional.

Since almost anyone can be diagnosed with something like depression or anxiety, this effectively means that any animal can be classified as an ESA. Tenants may bring an ESA or a service animal into the home after moving in, or they may attempt to move in with an ESA or service animal already in their care. That said, a landlord could still potentially harbor a service animal or ESA, and this could lead to some very interesting issues for courts in Illinois.

Dog bites can often lead to disfiguring injuries. If dogs bite people in the facial area, considerable plastic surgery might be required to repair the damage. This disfigurement represents both economic and non-economic damages, as courts recognize that these injuries are psychologically damaging and expensive to treat. As a result, there is considerable potential for dog bites to result in a large settlement. You should also know that landlords are typically insured against these lawsuits, which means that you could easily walk away with millions of dollars. Keep this in mind if you are wondering whether or not a dog bite lawsuit is actually worth the time and effort.

Where Can I Find a Qualified Dog Bite Injury Attorney?

If you are a dog bite victim who has been searching the Chicago area for a qualified dog bite injury attorney, look no further than the law firm of Palermo Law Group. We know how traumatic and life-changing a dog bite injury can be, and we are here to guide you toward a positive outcome. In many dog bite cases of this nature, you may be able to sue the landlord to receive a much greater settlement compared to suing a tenant. This can provide you with enough funds to cover your medical expenses, missed wages, emotional distress, and much more. Remember, the statute of limitations may prevent you from suing if you wait too long, so book your free consultation today with experienced dog bite lawyers.