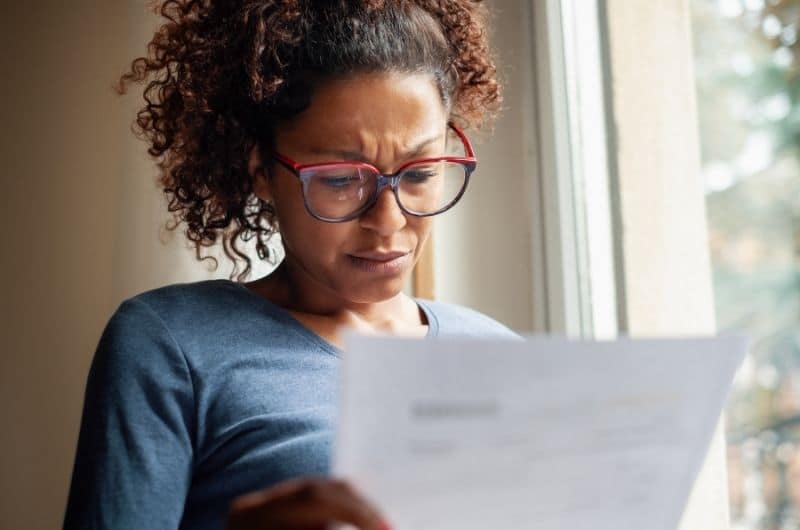 An insurance company wants to access my med records. Should I allow this?

The answer to this question depends on a number of factors. However, If you intend to retain an attorney, the answer is easy. No, you should not. My office will gather the medical records and bills at the appropriate time to help prove the nature and extent of your personal injuries.

An insurance company wants to take a recorded statement. Should I let them?

Absolutely not. Be very careful when you make a statement in general. This is especially critical when you are NOT represented by an attorney who will take the time to prepare you ahead of time. There are 2 simple truths. People who are telling the TRUTH will unintentionally change their story the more times they are forced to tell the story. Insurance companies will use these differences to ruin your credibility. The 2nd truth is that the insurance company is not recording your statement because it wants to help you.

Can I sue again if I am unhappy with the outcome of my first case?

No. You get one bite out of the apple, so you should make sure your case is handled properly the first go-around.

Can I receive compensation if I’ve lost my job or career opportunities after an injury?

Yes. Illinois in an “earnings capacity” state. For example, if you are injured and are forced to take a lesser paying job, you should be compensated for the wage differential between what you could have earned had you not been injured and the lesser paying job. I often hire a vocational rehabilitation expert to demonstrate what jobs the injured person is now capable of as a result of his/her injuries. Particularly heartbreaking are instances where a skilled laborer has ascended to a high-paying job, but no can no longer physically do the job as a result of his/her injuries. Sometimes these individuals lack the skills to be competitive in a different line of work and are at an age where it is difficult to start all over again in a new field or work environment. Thankfully, Illinois law allows these people to be fairly compensated.

Do I need to hire a lawyer if I’ve been injured?

Maybe not. However, you should ALWAYS consult with a competent injury attorney. There is no downside to doing so as I will provide you with a free consultation. My process is to inform potential clients of their rights and honestly assess whether my intervention will mean more money for them.

If some of my injuries were present before an accident, can I still bring a claim?

This misleading argument makes my blood boil. The truth is that 100% of people in their forties, and even younger, have preexisting degeneration in their spine. We can see evidence of aging when we look in the mirror. The same process is also going on internally. Many people have a degenerative spine condition for years, or even decades without exhibiting symptoms. Then wham, the symptoms appear after a car collision. Many unscrupulous insurance adjusters will claim that a person should not be compensated because of a preexisting degenerative condition and negative X-Rays. It is important to know that X-Rays are only diagnostic for broken bones. The fact that X-Rays were negative simply means you did not break any bones, nothing else.

The truth of the matter is that many people suffer for months, or longer, as a result of traumatic injuries sustained during a motor vehicle collision. I make sure my clients are properly compensated even if they have a preexisting degenerative condition or negative X-Rays.

Do I still have a case if the X-rays did not show any injuries?

Yes. A negative X-Ray is another way of saying “no broken bones”. Another pet peeve of mine is when defense attorneys or insurance companies try to make a big deal out of negative X-ray results. The primary purpose of X-rays is show whether you have a broken bone. That’s basically it. I have represented many people whose injuries required surgery and whose cases have been resolved for hundreds of thousands of dollars with negative X-Rays. A shortlist of serious injuries that can occur with negative X-Ray results includes Traumatic brain injury, herniated disc, torn rotator cuff, lacerations/scarring, and torn ligaments in the knee.

Why didn’t my airbag deploy in my car accident?

One of my pet peeves is when an unscrupulous defense attorney or insurance adjuster tries to use lack of airbag deployment in a rear-end collision as evidence that the collision was not forceful. They will argue, “how could the collision have been serious if the airbags did not deploy?” What they fail to mention is that airbags are designed not to employ in a rear-end collision. Vehicles are equipped with sensors that let the vehicle’s computer know it was involved in a collision. These sensors are placed in the front of the vehicle, not the rear. The physics of a rear-end collision will cause your body to slam against the back of your seat, not impact the steering wheel or windshield. It is important to realize that an airbag deployment can cause harm in and of itself. The airbag has to be inflated in milliseconds. It takes a minor explosion to accomplish this engineering feat. Engineers have determined that it is preferable for airbags not to deploy when the vehicle is struck from the rear because the risk of injury caused by the airbag is greater than the likelihood of injury prevented by the airbag.

Reason # 2: Vehicles are equipped with computers that are designed to make split-second decisions regarding whether to deploy the vehicle’s airbags. A major factor in this equation is “change in velocity” or delta V. We do not want airbags deployed every time a vehicle stops short. As previously indicated, the airbag itself can cause harm. I represented a family where a mother was tragically killed by an airbag because it deployed too late. The change in velocity of a vehicle crashing into a wall at 30 mph is easy to conceptualize. The vehicle’s computer is designed to trigger the airbag when the change in velocity reaches the threshold of a moderate collision, somewhere around 15 mph.

Reason # 3: Product failure. It can happen.

Should I accept an offered settlement?

The easy answer is, “Not without first consulting with an attorney.” Keep in mind that once you settle and sign a release, your case is over forever. Many people are unaware of the damages they are entitled to compensation for. These include pain and suffering, loss of normal life, disability, disfigurement, past lost wages, future lost wages, loss of earning capacity, past future medical treatment & future medical treatment.

Should I use my own health insurance to pay for medical bills or the at-fault driver’s automobile insurance?

This is an important question. A mistake here can cost you tens of thousands of dollars. Many people feel that it is unfair to use their own health insurance to pay for medical bills when it was the other driver’s fault. The truth is that you should always run the medical bills through your own health insurance. Why? 2 reasons. One, to take advantage of your health insurance’s pre-negotiated contractual discounts. Two, the bill is paid. You do not have to wait months for the other automobile carrier to pay the bills and worry that your credit is adversely affected.

Doesn’t the at-fault driver’s insurance company have to pay my medical bills?

Surprisingly, the answer is no.  Many of my clients are surprised to hear that there is no law that automatically compels the at-fault driver’s insurance to pay their medical bills. In fact, more and more auto insurance companies are fighting paying medical bills, even when there is no debate that the medical treatment was necessitated by their insured’s negligence. This is even true for ambulance bills and emergency room bills.

Some auto insurance companies have started to claim that the cost of the bills are too high. They claim that after having the bills “reviewed”, they only have to pay a small portion of the bills. Talk about insult to injury. Picture a working mother on her way to pick up her children from daycare. Another driver is distracted and runs a red light and collides into her vehicle. Paramedics come and take the unconscious mother to the emergency room. The bills come in. Then the other driver’s insurance company refuses to pay the full amount of the bill for treatment that the working mother had no choice in obtaining. This happens all the time. Some insurance companies actually spend thousands of dollars on so-called experts to claim that the charges for the bills are too high rather than just pay the bill. While the cost of health care is significant, fairness and common decency dictate that the person who caused the damage pay for it. Not the poor soul who had her life turned upside down and is in pain because a driver wasn’t paying attention.

What can be done about this? First, submit the bills for payment through your own health insurance. Second, you need to contact Mario Palermo to fight to make sure that the at-fault driver’s insurance company pays for the full amount of the damages that it insured caused. You need to hire an attorney who will litigate the issue and who refuses to let the auto insurance company get away with sticking you with bills that it’s insured caused.

How much time do I have to do something?

Generally speaking, there is a 2-year statute of limitations for injury cases in Illinois. However, there are many exceptions to this rule. For example, there is typically a one-year statute of limitations in cases involving a governmental entity. Moreover, it is essential to take immediate steps to gather and preserve your evidence. You need to know how to get 911 tapes, police reports, medical records, etc. There are cameras EVERYWHERE. However, valuable footage is often erased after a short period of time. Therefore, it is important to act immediately, even if you technically have a year or two before the statute of limitations expires.

Does hiring your law firm mean I am suing the at-fault party?

Sometimes a fair settlement cannot be achieved because the insurance company refuses to make a fair offer. At that point, I strongly recommend initiating litigation. The good news is that I have successfully tried dozens of cases to verdict and insurance companies know this. You should also know that the at-fault party’s insurance company has a duty to obtain an attorney to represent its insured and satisfy the judgment if the matter goes to trial. You should also know that most cases are settled after a lawsuit is filed and do not proceed all the way to trial.

At the end of the day, you want an attorney who understands the value of your case and is capable of doing what is necessary to obtain the proper outcome.

If you have a question that is not included here, please give us a call or request a free consultation to discuss.